The obedient white-haired guy prepared his mouth and tongue to lick the sweat from Mistress Sofies armpits and feet. Rough and merciless Domme Sofi, sitting in a chair, ordered a slave to sniff her sweaty armpits. When the slave had sufficiently enjoyed the smell of her dirty armpits, the red-haired dominant girl ordered him to lick them to a shine. Then the Mistress ordered the slave to kneel in front of her and begin to smell her feet, which are wearing sweaty black socks. The slave obediently worships the divine feet of the Goddess Sofi, sniffing and kissing them. Sofi took off her dirty sock and stuffed it into the slaves mouth instead of a gag. But the Mistresss armpits were not yet sufficiently serviced, so the slave had to go back to licking the sweat from Princess Sofies armpits. Lastly, the Mistress in black leggings ordered the slave to lie on the floor, and she sat down over his face and began rubbing her ass on his nose. And lastly, to complement the palette of smells for the slave, Sofi farted in his nose.

Shanya was sleeping on the bed, while Mia snuck in and jumped on her. Catching Shanya off guard, Mia pins her in a forward facesit making her tap out. Mia then quickly flipped around into reverse and shoved her barely covered ass into Shanyas face. As they struggle around and Shanya tries to break free Mia lets out a fart. From there on in, Mia humiliates the hell out of Shanya, ramming her ass into her face and letting go some pretty big farts. Shanya was coughing and practically gagging from the stink, but still has to smell some pretty intense and extreme farts. Shanya was barely able to say that she gave up, she was completely winded (literally) and was completely embarrassed from suffering the ultimate farting humiliation! 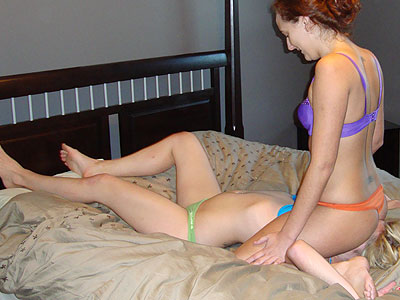 TWENTY MINUTES OF UNEDITED UNCUT FACESITTING FROM PRINCESS SCARLETT RHOADSThis video is UNTOUCHED! (It was also streamed Live on Filth Fetish Studios Loverfans site)Princess Scarlett Rhoads settles in for an episode of one of her FAVORITE TELEVISION SHOWS! Jimmy is the unlucky slave to serve as her seat! She sits FULL WEIGHT with her BIG ASS overflowing Jimmys face and the SMOTHERBOX! You can see Jimmy GASPING with his nose CRAMMED IN HER ASS CRACK! But she doesnt give him ANY BREAKS!Halfway through the video, she PEELS DOWN HER LEGGINGS and begins UNLEASHING FARTS into his MOUTH AND NOSE! Scarlett even complains about the TERRIBLE SMELL and laughs about how much worse it must be for her seat! If you are a fan of Scarlett Rhoads, HER BIG BOOTY, Or STINKY BRAT GAS! Then this is A MUST SEE VIDEO FOR YOU!

So chad was trying to teach me how to do a reverse facesit, and I was really hesitant, but little to his knowledge, it was all planned that way. I guess I made him mad, and he grabbed Mia to “show” me how to do it. Well little did he know I whispered into Mias ear and told her I didnt want to do it because I had to fart. Well Mia actually had to fart as well, and we both decided to use chadams face to fart on. Mia and I took turns farting on him, rubbing our asses all over his face. Then we both had taken turns ramming his face into each others asses, all the while farting. We both did a double fart tag team thing on him as well, both of us sat on his face and let some good ones rip. the farts smelled so bad we both were kind of coughing from it and couldnt stand the smell.

AFwrestling – Chadam and Feebee get together and chad thinks its business as usual. they were going to do a few good clips together, but Feebee had alternative plans. Dressed just in her sexy little thong and bra, they begin wrestling on the bed, when Feebee starts to get a weird feeling. She told chad she may have to let out some farts, so he asked if she wanted to stop. Feebee smiled and said no, just that she would let them out all over his face instead. Then thats when Feebee turned into a reverse facesit, shoving chads face deep into her asshole. Chad now suffered some unexpected and very unwelcoming farts. He was panicking beneath her, as some were pretty wet sounding. She reached back a few times leans forward and makes sure to jam his face in there rubbing her ass all over his face, making sure he could literally smell and taste each fart. She humiliates and degrades him throughout this whole clip, while farting in his face, a lot. Chad was shocked and literally gagging at the smell. Who knew such a hot girl could let out so many nasty farts, and truly enjoy humiliating her opponent as well

This is a fart lovers delight clip. Mia brought one of her friends, 18yr old Feebee, an extremely sexy, cute and feisty girl. She wanted to learn the ropes here, and both girls were out partying the night before. Chad just faced one big problem, they both felt sick to their stomachs, both girls ate before they came, and Mia and Feebee had a lot of gas. Before chad knew it, he was thrown to the mats by Mia, she worked up a few good farts, as Feebee watched on. Mia planted her ass right onto chads face, and began letting the farts rip. Feebee laughed as she looked on, then Mia asked if she wanted a turn, Feebee was more than happy to try. Feebees farts were nasty, and she even humiliated chad by talking trash to him. Mia and Feebee took turns rubbing these god aweful smelling farts in his face and mouth. They were both pinning him, even sumo squatting over his face, switching from one girl to the other, and chad was gagging and choking, the smell was horrible. Chad had put up such a struggle, and with all the farting, he literally from the smell. This is the first ever K .O . fart video we have ever done. We see Feebee coming back to join our team of humiliating girls here. And who wouldnt want to see her, stunning. or Mia then. Straight facesit, kos Mia stood no chance of surviving this match. Mariella even was disappointed that Mia was no challenge for her. She put Mia out with a full weight facesit, stood up and literally complained and walked away. 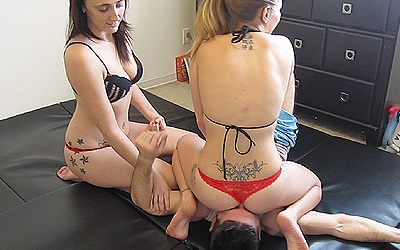 Emma decided to play a little prank on chad. She called him into the bedroom a few hours after she had thanksgiving dinner, and had some pretty nasty gas. She set up the camera on tripod and explains to the viewer what she has in store for chad. She lays on the bed yelling chads name until he came into the room. she then told him to put his face in her ass, he was shocked but did it anyways. Then the fart session begins. Emma lets some pretty loud and nasty smelling farts go, pushing chads face into her ass – making him sniff it. She kept telling him to sniff harder, and pulled his face deep into her ass making him smell her nasty farts. She still had her jeans on, and decided that he needed to really get in there and sniff, so she rips her pants off and only has a thong on, still ripping farts. She keeps pulling his face into her ass, making him take deep breaths and suck in all the stink, spreading her ass cheeks. When all is said and done, she looks back and says your lucky I have no more gas left. She then pulls her thong to the side and making him lick her asshole clean. When she got up she gave a secret thumbs up to the viewer with a big smile on her face showing that she got him really good with her ass sniffing and farting. 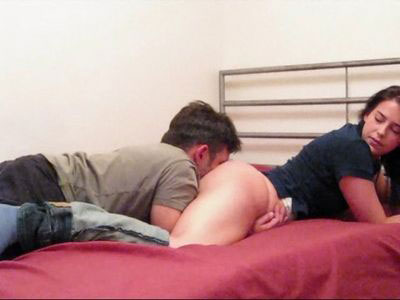 Both Violet and Sarah Continue to Smother Jimmy but this time in their panties, ordering him to sniff their asses! Both of them are concerned about the smell of their asses but Jimmy tells them its okay, he doesnt mind!Violet sits first and Jimmy is enjoying her big plump bum on his face until BRAP! She FARTS RIGHT IN HIS FACE! Both girls laugh as she remarks that this is what you paid for!!!!Sarah takes her turn, and shes also squeezes out some farts! Both of them laugh and talk about how sushi always makes them gassy! Jimmy should have asked!!!